Not all of the predators found at Upper Newport Bay are as likeable or as beneficial as the native bobcat. Indeed one invading predator – the African clawed frog (Xenopus laevis) – has wreaked havoc with the native wildlife in the ponds and streams of Big Canyon. This amphibian carnivore has no tongue or teeth; it just uses its clawed hind legs to tear its prey apart and its forelimbs to stuff food into its mouth until its stomach can no longer hold any more. Definitely not the model for any successful dieter! Scavenger that it is, it will eat living, dead or dying insect larvae, tadpoles, fish, crustaceans, worms, freshwater snails, other invertebrates and amphibians and organic waste. It is so voracious that when it sheds its skin once a year, it turns around and eats it! When other food supplies are exhausted it cannibalizes smaller and weaker fellows.

The African clawed frog, a native of eastern and southern Africa, was first brought to the U.S. in the 1940’s for use in pregnancy testing. Female frogs would be injected with a woman’s urine. If the frog released eggs two or three days later this would signify that the woman was pregnant; if the frog did not release eggs then the woman was not pregnant. Though these frogs were no longer needed once the pharmaceutical companies had synthesized the chemicals for these tests, they were subsequently used extensively in other scientific research. Additionally they became a popular aquarium pet. Many were released or escaped into the wild with dreadful results, particularly in California where the African clawed frog enjoys the climate so much that it appears to produce more prodigiously and grow larger than in its home continent. A population estimate of over 100,000 frogs was made at one water body. Because of the threat to native amphibians and fishes, importation or possession of this invasive species is prohibited in California and Arizona (where permanent feral populations have existed for a few decades now) and several other states. Large numbers are found in natural creeks as well as drainage ditches, flood control channels and golf course ponds throughout Orange County.

The African clawed frog particularly thrives in warm (usually about 60-80 degrees), stagnant ponds. If the pond should dry up, the frog just burrows in the mud and can lie dormant for over a year. Its physiology also allows it to do well in brackish water. During wet weather, it can crawl long distances but it cannot hop like other frogs.

This frog has a smooth, slippery multicolored skin with olive and brown spots on its back, and a creamy underside. It has the ability to change appearance to match its background, becoming dark, light or mottled as the need arises. The males are only about 2” to 2.5” long, and the females are larger at 4” to 4.5” long. Since the males have no vocal sac, they use rapid muscle contractions in their throat to produce a clicking noise to attract the female. Calling is done underwater where the frogs spend almost their entire time, so they are typically neither seen nor heard. It is believed that many populations established themselves several years before they were discovered. By then the damage was already done. The frogs use olfaction and a lateral line system to detect waterborne scents and the movements of aquatic prey and thus they do well in murky waters where they can just wait for their prey to come by. When they are found in traps it often means that they have eaten most of the other wildlife. This is the case at Big Canyon.

Dealing with the problem is extremely difficult. Harassed frogs excrete an extremely slippery and irritating mucus from their skin glands that deter many potential mammalian and aquatic predators. Known avian predators of clawed frogs include great blue herons, great egrets, common ravens and western gulls, but these bird cannot function in areas overgrown with vegetation. A major restoration project at Big Canyon is in the final planning stages. The project will include a new fresh water pond replacing the existing pond. One of the design features will be the ability to drain the pond for maintenance and pest control purposes. At this point control of the African clawed frogs is the best that can be done.

Once established in a climate and habitat where it thrives, it is virtually impossible to eradicate an invasive species. Introduction needs to be prevented. Failing that, swift intervention action is needed. That is why early detection programs are so important. You can do your part, too. Please don’t release exotic pets into the wild. We’ve seen the odd python here at the Bay, but luckily no more. 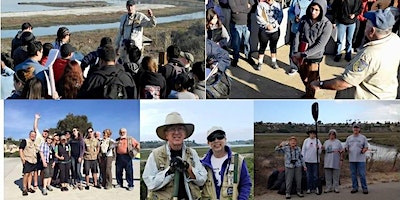 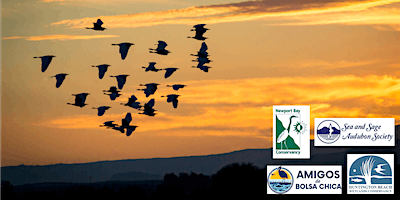